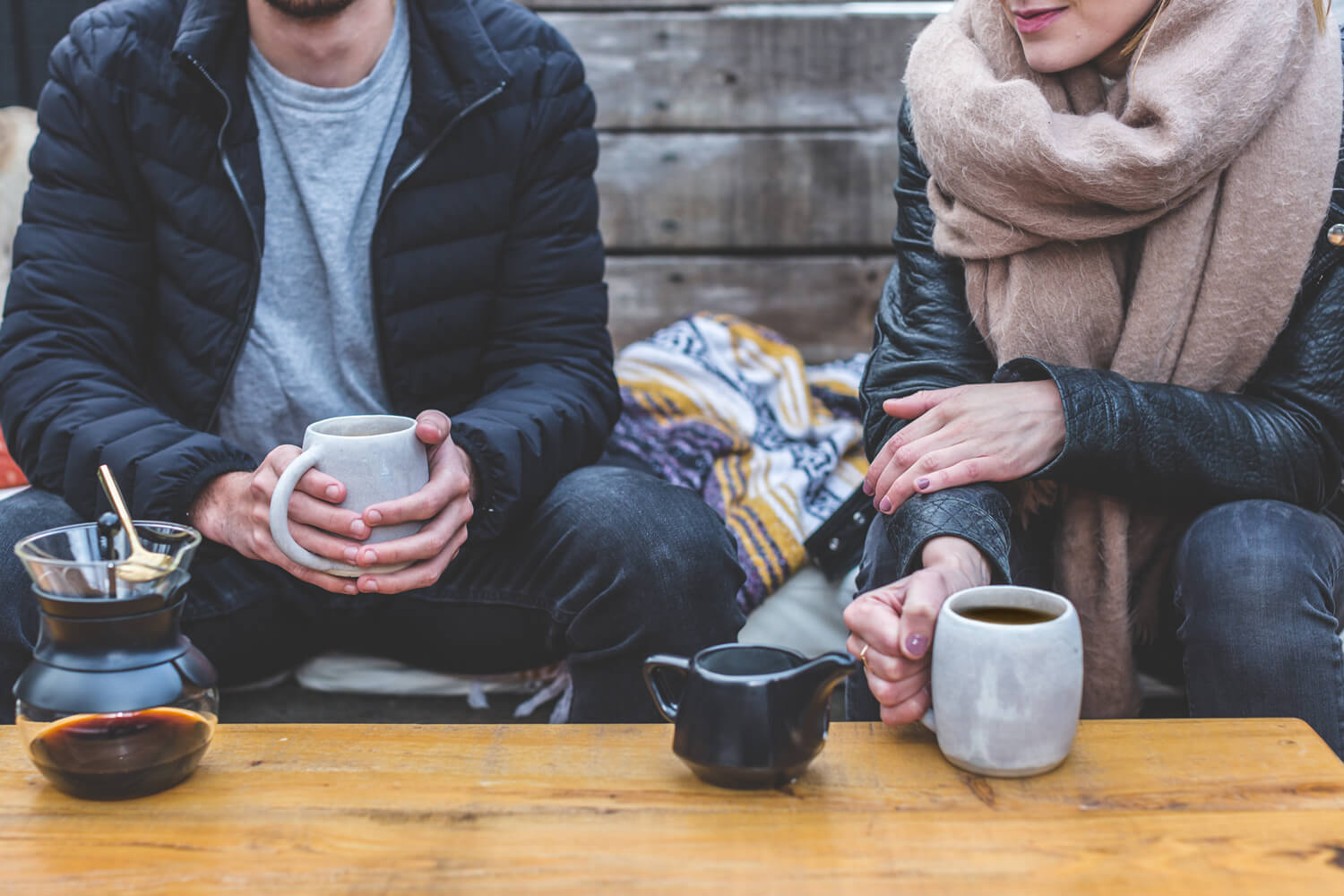 If you haven't found the answer to your question, please feel free to get in touch and we'll do our best to answer.

Would you be willing to consider the possibility that you may have been brainwashed against true Christianity? We are very defensive when told that we do not have open minds. We resist even the possibility of the thought that we could have been brainwashed. Of course, we acknowledge we are all subject to pressures and ideas which we naturally absorb and imbibe. We cannot help living in the times that we do! Whereas in the past there may have been a Christian consensus, today that has been eroded and attacked. Consequently, it is inevitable that we will be subject to secular influences.

British law decrees that every child should have at least 15,000 hours of education. For the vast majority of children that is in state schools. And yet so many subjects taught have content, which is directly contrary to biblical teaching. Even school assemblies and Religious Education lessons often act as inoculation against real Christianity. They can be life-less teaching, and yet, while treating most religions sympathetically, they undermine the foundation of Christian beliefs by deriding biblical teachings and morality. Education is a cousin of indoctrination, but directed towards people of deeply impressionable ages. We have victims of this.

In further educational establishments, atheists are allowed to drip feed their thoughts, whilst when it comes to sharing their faith, Christians are silenced and their jobs threatened. The same is happening in the workplace, particularly in public service; we know there have been many high profile cases which have hit the headlines. All this has its impact on our perceptions and ideas. It is not longer politically correct or expedient to adhere to, or defend, Christian beliefs.

The most all-pervasive influence is that of the broadcasters. Though the BBC does not have a monopoly on television and radio, it is the most dominant. It has some great film-makers and photographers. It produces some wonderful programmes. Its sports coverage is ever-popular, even if many sports are overlooked. Despite its biases most people trust ‘the Beeb’ and we want it to do well.

The BBC is obliged by its Charter to be impartial and the BBC is committed to reflecting a diversity of opinion in all areas, including religion.

Its stated aims seem admirable. Sadly, its practice is very different. And a recent Director General of the BBC, Mark Thompson, admitted it when he argued that Jesus is ‘fair game’ because Christianity has broad shoulders and fewer ties to ethnicity. BBC news anchor man Peter Sissons also said Christians are ‘fair game’ for insults by the Corporation because, he said, “they do nothing about it if they are offended.” These are important issues because we cannot help but be greatly influenced by the hours of listening to the media. But if it has an agenda which is against Christianity, it may be that we are absorbing its message, and thus being subtly brainwashed. We know that the BBC regularly uses the words ‘Jesus’, ‘Christ’, ‘God’ and ‘Hell’ as blasphemy in their plays on radio and films on television. Its presenters incessantly criticise Christian beliefs and values; they very rarely have anyone on air who expresses traditional Christian beliefs. Christianity is treated like a ‘freak show’ and programmes are produced ‘that have tended to look at the fringes of Christianity where it can be brought into disrepute.’

The BBC readily showed ‘Jerry Springer, The Opera’ with its uninhibited blasphemy, despite over 50,000 complaints about the programme. One cannot imagine them mocking any other religious leader like that, nor would one want them to. We remember, that it was the BBC who didn’t even want to play Cliff Richard’s single ‘The Lord’s prayer’. some Christmases ago. A while ago, they appointed an atheist as Head of Religious Broadcasting, then replaced him with a Muslim.

It is right and proper to respect other people’s beliefs and culture. But the BBC uses its influence to pedal secular humanism as its religion. Secularism is as much a religion as any other, but it is the backcloth philosophy to its regular output. One therefore has to question whether it is complying with its Charter to be an impartial broadcaster.

When the BBC was discussing whether to include atheists as contributors to their ‘Thought for the Day’ on the Radio 4 Today programme, the atheist Rod Liddle wrote about it in the Sunday Times. He said, ‘The BBC Trust is considering whether to open up ‘Thought for the Day’ to atheists. But the three-minute religious slot on ‘Today’ is, in fact, secular already. God is almost never allowed to poke His nose into a broadcast, and when He does, it is with apologies, and embarrassment. He does no smiting, He is never angry, no matter what issues come before Him. The God you hear in ‘Thought for the day’ has been created by BBC producers in their image – a slightly disappointed but nonetheless benevolent middle-aged man of confused sexuality who wishes that everybody might live together peaceably in a warm and caring multicultural society…?’

The BBC is brilliant at portraying and broadcasting life without God. Have you noticed how very many of the BBC anchor people are atheists? And do you wonder what is the BBC’s reason for this?

Even if the BBC kept to their stated aims, there is a problem. All religions are not the same, and indeed cannot all be true. Witness their beliefs about God. Hindus believe in a vast array of gods, Buddhists believe in none; Muslims and Jews believe in one God, as do Christians who believe that the one God is a Trinity: Father, Son and Holy Spirit. Clearly, they cannot all be right!

The Christian doctrine of ‘Justification by faith’ (that people are saved through faith in the finished work of Jesus in His death and resurrection) impacted the whole of Europe at the time of the Reformation. Countries in the north of the continent were radically transformed by that one belief. Today, millions rely on Christ and are ‘justified by faith’. Yet the media rarely, if ever, carries that message.

Have you noticed that when Christians are interviewed, there is a strange silence about this crucial belief. BBC presenter, Jeremy Vine said he believed it had become “almost socially unacceptable to say you believe in God”. Simon Mayo said religion is “increasingly driven to the margin of the BBC.”

The BBC portrays religion as humankind’s long search for God. Christianity focuses on God’s seeking for us. As humans, we were created to know God, but our wrongdoing, our sins, have cut us off from Him. There is an incompleteness, an emptiness within us all. Spiritually we are dead, yet we know there is something wrong. God has taken the initiative in coming to rescue us.

The truth is that whilst sometimes we would like to know God, we also run away from Him, and do our own thing. Instead of us searching for God, He has taken the initiative and come searching for us. If you get the idea from the media that religion is all about rules, regulations and rituals, then you will be intrigued by reading in the Bible to see how Jesus spoke against such notions. Jesus taught that a person can know God in a personal way. He explained that God can be our Father and we may become His sons and daughters. Christianity is not about what we do, but what God has done for us. Of course, there are things that a real Christian will not want to do, and others things that become their life-style, but the essence of Christianity is about God reaching out to ordinary people, so that He might bring us to Himself.

When Jesus was crucified, God was doing something remarkable. He took the guilt of each one of us, and laid it on Jesus. He died carrying the can for our sin. It would take an eternity to pay the penalty for what we have done wrong, but Jesus, the eternal one, paid for it all in three hours on the cross. Sadly, you will rarely, if ever, hear that message on radio or television, yet it is history’s most significant moment. Jesus died so that we could be forgiven and reconciled to God.

On the first Easter Sunday morning Jesus rose from the dead. We admire certain political and religious leaders of the past, but when they died they were buried or cremated. That was it! In contrast, Jesus rose from the dead, and is alive today. What we do with Jesus matters for eternity. Heaven is not for the good and hell for the bad, for no one deserves Heaven. Rather Heaven is for those whose sin is forgiven; it is for those who have been made righteous (i.e. seen by God as covered in Jesus’ goodness, even though we are still sinners) through what Jesus has done for them through His death and resurrection.

These issues are too important to get wrong. It would be an awful thing to go through life and then into eternity and never know God. Don’t get your religion from the BBC! Read the Bible for yourself! Read Matthew, Mark, Luke and John, the four Gospels, the ‘biographies’ of Jesus. Let Him introduce Himself to you. The Word of God lasts forever, and will be around long after Andrew Marr, Stephen Fry or David Attenborough, and even the BBC itself are forgotten!

Grill a Christian by Roger Carswell - request your free copy! 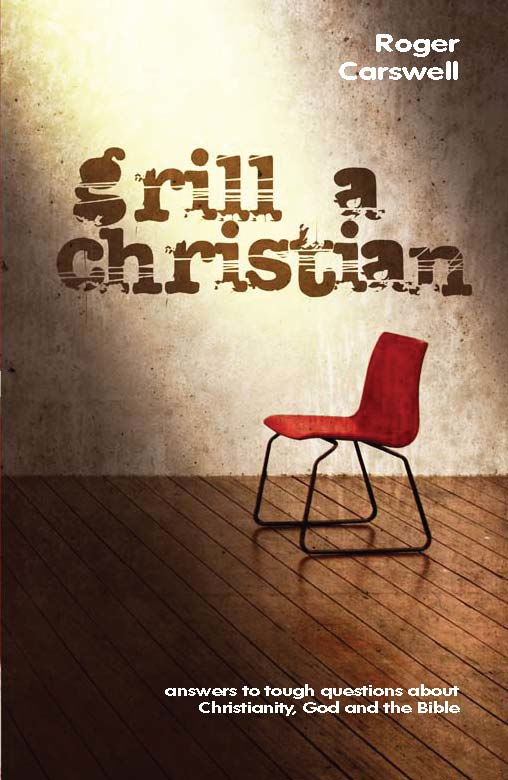 Wouldn't you just love to grab a Christian, sit them down in the hot seat and grill them mercilessly on the tough questions about God, the Bible and the world? If you have ever wished you could have your question about God answered, then this book is for you!

We have some brand new resources that we're excited to share with you. Browse the latest ones below, or click 'See all resources' to see everything in one place.

Do you want to chat?

If you are thinking seriously about the Christian faith, please send us a message. David Harding or his wife Colette will reply depending on whether you are male or female. David has been a pastor for over 25 years, and is at a church where people attend from 10 different countries. They can provide advice in your search to know Christ as Lord and Saviour.

If you're genuinely interested in learning more, we're able to supply you with a Bible free of charge. These Bibles are available in several different languages.

Receive a free copy of Grill a Christian by Roger Carswell.

If you've ever wished you could have your question about God answered, then this book probably has your answer!

Do you have a serious question?

Please fill in the form below and we'll get back to you as soon as we can.