More in this section

The Bible is the place to begin your journey to faith in God.

If you would like a copy, we will send one in your own language completely free of charge.

The Bible is foundational to Christians, because it is the Word of God. For this reason, Christians have often been called ‘the people of The Book.’

Where did the Bible come from?

Christians of today did not write the Bible, and neither can they alter the documents that have been carefully copied and preserved through the centuries. However, they do make faithful translations from the many thousands of copies of the original documents from ancient times. How were the original documents copied? Every letter and line of the page being copied was counted. If there were errors, the copy was not used. This is how we can say that today we have the Word of God, and that the translations are made from reliable manuscripts.

Who were the authors?

Page of the New Testament in original Greek

We know that over 40 writers, most of whom never met each other, worshipped the one true God. These writers were moved and carried along by God to produce a true written revelation of what God is like and what He has done.

What is the Bible about?

The Bible records the creation of the universe, the disastrous wrong choice of Adam and Eve, the promise of the Saviour, and on it goes to the life, death and resurrection of Jesus. It contains history, prophecy, poetry, biography, autobiography, songs and personal letters. One part was written before Christ came and the other written after. The Old and New Testaments are therefore the two lips which speak with one voice about God. We don’t need another prophet or additional books. Jesus said that trouble awaited any who added to or took away from the written words of the Bible.

Many have tried to destroy the Bible. It has been banned and burned, but it has never been proven to contradict itself. It is true historically and scientifically. despite every effort to prove one of its statements false, it is still today like an anvil that has worn out many hammers that have constantly hammered down on it.

Why is the Bible important to Christians?

Christians love the Bible. It is like their bread, milk, meat and honey. Most Christians read from it every day and find it indispensable in helping them know God. It gives them assurance of His love, it strengthens them, counsels them and comforts them. Through the Bible they can face life and death.

Christians love to hear Bible teachers and pastors in their churches explain its truths. They listen and then go home to think about what they have heard. If someone in their church says something that is  contradicted by the Bible, true Christians will not follow that false teaching.

At the heart of the Bible is the teaching that there is a God, that we have all sinned against Him, and that God has sent a Saviour. 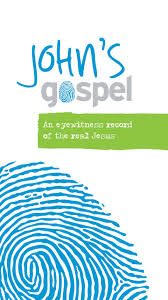 If you have never yet opened the Bible to see what it has to say, why not begin with one of the four accounts of the life of Jesus? Those biographies of Jesus never contradict each other. They each record the same story, but they are emphasising different aspects of who Jesus was and why He came.

We have some brand new resources that we're excited to share with you. Browse the latest ones below, or click 'See all resources' to see everything in one place.

Do you want to chat?

If you are thinking seriously about the Christian faith, please send us a message. David Harding or his wife Colette will reply depending on whether you are male or female. David has been a pastor for over 25 years, and is at a church where people attend from 10 different countries. They can provide advice in your search to know Christ as Lord and Saviour.

If you're genuinely interested in learning more, we're able to supply you with a Bible free of charge. These Bibles are available in several different languages.

Receive a free copy of Grill a Christian by Roger Carswell.

If you've ever wished you could have your question about God answered, then this book probably has your answer!

Do you have a serious question?

Please fill in the form below and we'll get back to you as soon as we can.